Brian I. Michelson is the rabbi of Reform Congregation Oheb Sholom in Reading, PA, where he has served since 1998. Previously, Brian spent six years as a rabbi at Temple Beth Israel in Melbourne, Australia. He was ordained at the Hebrew Union College in Cincinnati, Ohio in 1992. He received his BA from Franklin & Marshall College in Lancaster, PA. In 2003, Brian earned a Graduate Certificate in Healthcare Ethics from Rush University in Chicago. In 2017, he was awarded an honorary Doctor of Divinity by the Hebrew Union College in honor of twenty-five years of service to the Jewish community.

In the community, Brian is the Jewish chaplain at the Reading Hospital and a member of their Institutional Review Board. He is president of the Home Health Care Foundation, a successor organization of the Berks Visiting Nurse Association. He is vice-president for Easy Does It, Inc., a drug and alcohol treatment program for the homeless, and the Jewish Federation of Reading. He has served as a member of the board for both Opportunity House and Berks Youth Chorus. Brian has been heavily involved in interfaith projects and dialogue in the Berks County area. He is one of the founders of “A Common Heart” Jewish, Catholic, and Muslim Dialogue for which he and his fellow co-founders were awarded the Franciscan Prize by Alvernia University in 2016. He is married to Holly and they have two daughters, Naomi and Gabriella. 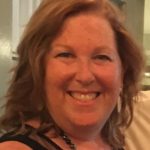 Holly Michelson received a master’s degree in Jewish Education from Hebrew Union College-Jewish Institute of Religion, as well as an honorary doctorate degree in 2015. She was granted the title of Reform Jewish Educator by the Union of Reform Judaism. Holly has enjoyed teaching for almost forty years, and has taught various classes at Oheb Sholom for the last twenty one. Beth Bruck is available to assist with your billing and donation questions from 8:30 AM to 2:30 PM Monday through Friday.

The secretary is available to assist with your questions from 9 AM to 3 PM Monday through Friday.